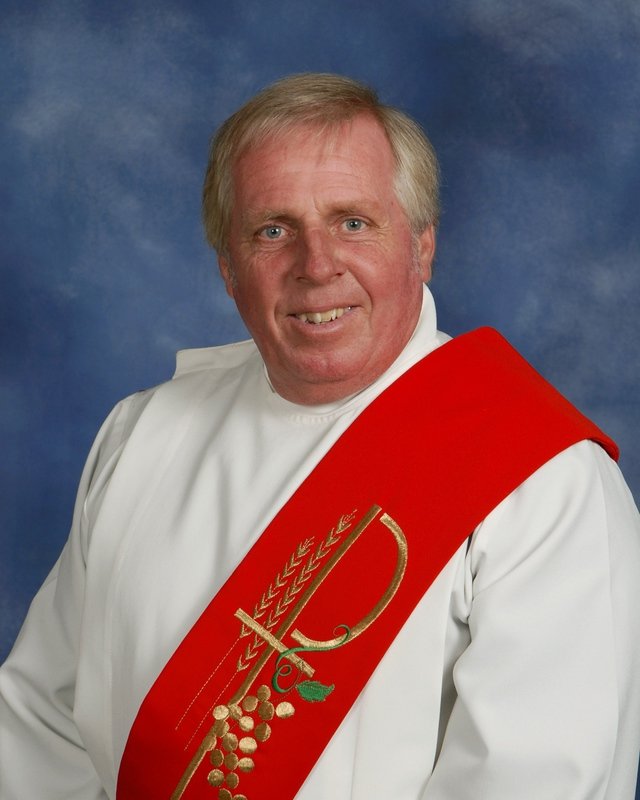 RCIA is for anyone interested in joining the Catholic Faith.

Whether it is from another Christian faith, the Jewish tradition, if you are Hindu, or Muslim, or any religion, or even no faith at all. RCIA is also for those who were baptized Catholic but haven’t received First Eucharist or Confirmation. It is also for Catholics who just want to know more about their faith.

Every year one of the presenters says something in class and someone from the core team who has been on the core team for years says “I never knew that”. And I’m sure there has been times when a Priest or Deacon has said something in his Homily and you’ve said the same thing.

The RCIA classes begins every year in September with class every Monday night until Easter.

The RCIA journey is a wonderful faith filled experience in which we all grow in our faith together. If you would like to know more about the RCIA program or you are ready to make the commitment to become in full communion with our Catholic faith call Deacon John Kacy at  856-629-6142 Ext. 130 or email DeaconJKacy@olopp.org

Thank you for your interest in our Roman Catholic Faith and May God bless you!

My Journey of Faith

Before this event the church was just known as the Christian church or the church of Christ. Now with the Lutheran Church there needed to be a distinction, and the Church that Jesus and the Apostles started became known as The Holy Roman Catholic Church.

I grew up in not far from here in Cherry Hill and my whole family went to the Morristown Bible Protestant church. When my mother married a Catholic gentlemen and we moved to Williamstown, I was in search of a church.

Well I didn’t find one that I liked so I simply stopped going, I never even considered the Catholic Church.

I fell in love with the women of my dreams who just happened to be Catholic; we were married and began a new life.

Irene was and is still very active in the Church, but she never pushed me or even asked me to become Catholic.

One day she did ask me to sign up to help at the Carnival, which I did.

I had been going to Mass on holy days and from time to time with her and helping out where I could for a few years.

The RCIA experience moved me so much that I came back year after year to help as many of the RCIA members including many of our core team.
I’m sure that the years of helping with the RCIA program led to my Call to the Diaconate and I am happy to now be the director of RCIA for our parish.

When I received all three sacraments of initiation at the Easter Vigil in March of 1984, I could feel the fire of the Holy Spirit inside me, and every year when I see this group of wonderful people grow in faith from September to the Easter Vigil and see the fire in them.  It’s like going on the best retreat ever! It reignites that fire felt that Easter Vigil in 1984 year after year. Thank you God for all that you have done for me!!!

The RCIA program is there for you whether you are from another Christian faith, no faith, Jewish, Muslim, Hindu, or anything else.  The RCIA program is also for Catholics who want to know more about their faith, and Catholics who were baptized but haven’t received Eucharist and or Confirmation.  Hopefully someday the Church of Jesus Christ will be fully reunited until then RCIA is bringing everyone that hears Gods call back into the Church of Christ we now know as the Holy Roman Catholic Church!
May God bless you.

Yours in Christ,
Deacon John

RCIA is now forming for 2021-2022 class.  If you are interested in becoming Catholic or haven’t received all your sacraments yet, please contact Deacon John Kacy at 856-629-6142 ext. 130 or e-mail DeaconJKacy@olopp.org

You must be interviewed before attending the start of class in September.

Our Lady of Peace Parish

Our Lady of Peace Ministries